Did you know that women make up for only 23% of CEOs in the Biotech industry? We don't feel like it's enough and we're sure we're not the only one!

That is why in this article, we decided to put the spotlight on 5 women who played a role in the shaping of Biotechnologies : 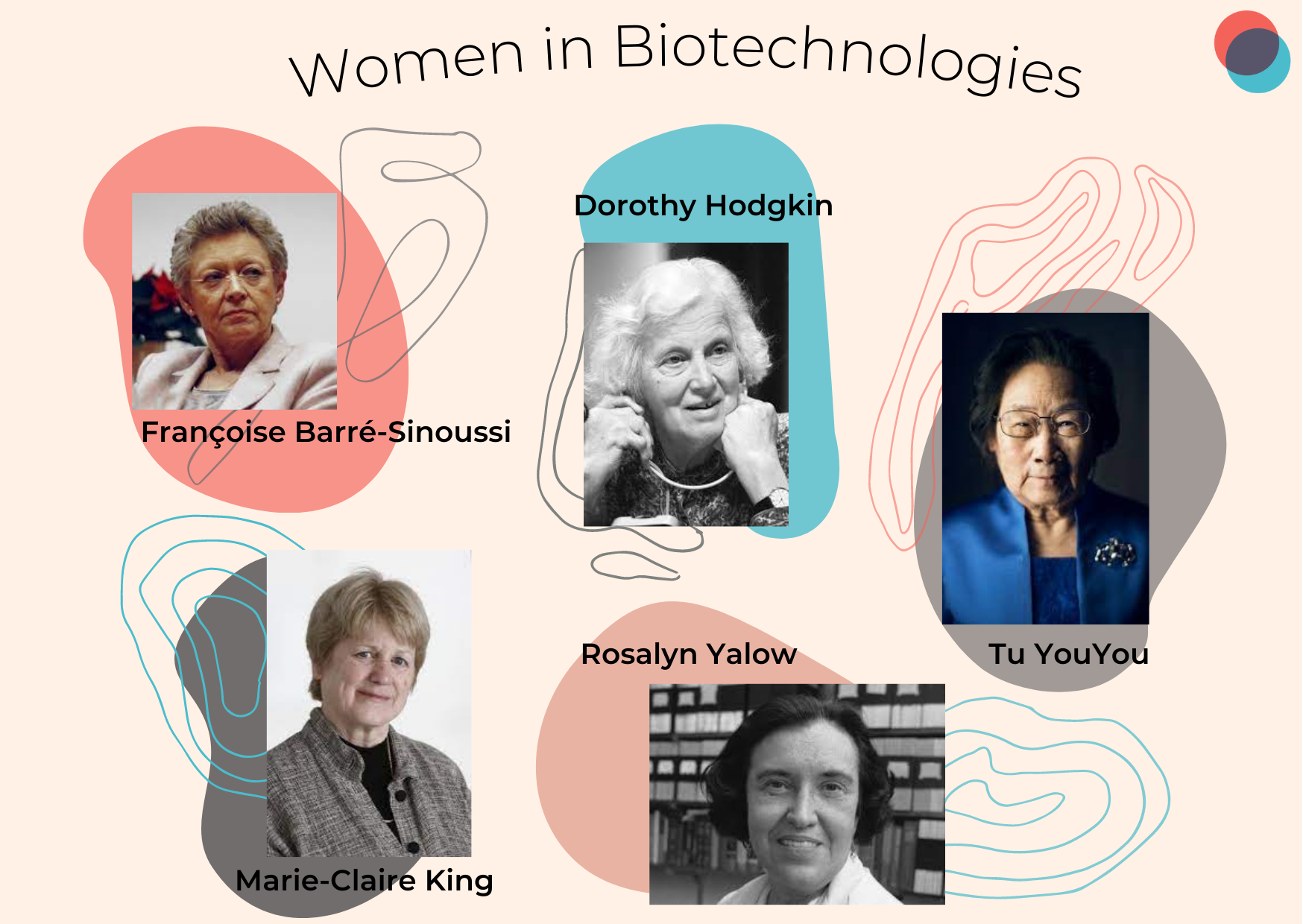 First, we have Françoise Barre-Sinoussi, who shared the 2008 Nobel Prize in Physiology or Medicine for helping to identify the human immunodeficiency virus (HIV) as the cause of AIDS in 1983.

Next is Dorothy Hodgkin, a British biochemist who developed protein crystallography and X-ray crystallography which was used to confirm the structure of penicillin, for which she won the Nobel Prize in Chemistry in 1964.

There is also Marie-Claire King, a human geneticist who identified BRCA1, a single gene responsible for many breast and ovarian cancers.

Rosalyn Yalow co-developed a diagnostic technique, known as a radioimmunoassay. She is the second American woman to ever be awarded with the Nobel Prize for Physiology or Medicine.

Last but not least, Tu YouYou is a Chinese chemist who discovered artemisinin and dihydroartemisinin, used to treat malaria. In 2015, she is the first Chinese Nobel laureate in physiology or medicine and the first female citizen of the People's Republic of China to receive a Nobel Prize in any category.