What are gastrointestinal diseases?

Gastrointestinal diseases refer to a group of illnesses that affect the digestive system, including the organs from the mouth to the anus such as the esophagus, stomach, small intestine, large intestine, liver, pancreas, and gallbladder.

These conditions can cause symptoms such as abdominal pain, diarrhea, constipation, nausea, and vomiting.

What types of samples are used in gastrointestinal disorder research?

Used to assess the presence of bacteria, viruses, or parasites, as well as to measure biomarkers that indicate gastrointestinal inflammation.

Obtained through endoscopy or laparoscopy procedures, used to examine the tissue and cells of the gastrointestinal tract for signs of inflammation or other changes.

Used to measure levels of certain hormones, cytokines, or other markers that indicate the presence of a gastrointestinal disorder.

Obtained by wiping the inside of the gut with a swab, used to assess the microflora and immune function in the gut.

Used to measure levels of specific metabolic byproducts that may indicate the presence of a gastrointestinal disorder. 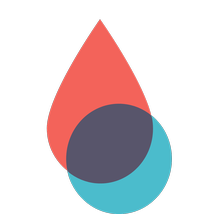 Cell culture models: where cells from the gastrointestinal tract are grown in the laboratory and used to study cellular processes and responses to drugs or other treatments.

Animal models: where various species such as mice, rats, or pigs are used to simulate human gastrointestinal disorders and to test potential treatments.

Organoids models:  where 3D cultures of cells from the gastrointestinal tract are grown in the laboratory and used to study organ function and disease.

Ex vivo models: where segments of the gastrointestinal tract are removed and maintained outside the body in a controlled environment, used to study the transport of nutrients, drug absorption, and motility.

Human tissue models:  where human tissue samples are obtained from patients undergoing surgical procedures and used to study the molecular and cellular processes of gastrointestinal disorders.

These models provide valuable information and help to advance our understanding of gastrointestinal disorders, as well as to develop and test new treatments. However, it is important to note that these models have limitations, and results from animal or in vitro models may not always be directly applicable to human populations. 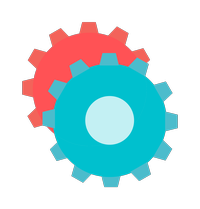 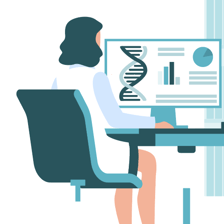 Get started with your gastrointestinal diseases research request

Some examples of gastrointestinal disorders

Functional gastrointestinal disorders (FGIDs) are very common and affect a very large part of the population. Although numbers of prevalence have been historically difficult to find, a global survey from the Rome Foundation established that overall, 49% of women and 36.6% of men met the criteria for at least one functional gastrointestinal disorder (FGID).
Gastrointestinal disorders include the following pathologies: gastroesophageal reflux disease (GERD), irritable bowel syndrome (IBS), inflammatory bowel disease (IBD), ulcerative colitis, Crohn's disease, gastroparesis, peptic ulcer disease, celiac disease, liver cirrhosis, hepatitis, gallstones, and pancreatitis.
Gastroesophageal Reflux Disease (GERD) is a chronic digestive disorder that occurs when the acid and contents from the stomach move back into the esophagus. This causes irritation and inflammation of the esophagus lining, leading to symptoms such as heartburn, chest pain, cough, hoarseness, and difficulty swallowing. GERD is often treated with lifestyle changes, medications, and sometimes surgery.
Irritable Bowel Syndrome (IBS) is a functional gastrointestinal disorder characterized by abdominal pain, discomfort, bloating, and altered bowel habits (such as diarrhea or constipation) in the absence of any organic cause. The exact cause of IBS is not known, but it is thought to be related to a combination of factors such as altered gut motility, sensitivity, and changes in gut bacteria. IBS is usually managed through a combination of dietary changes, medication, and stress management techniques.
Inflammatory Bowel Disease (IBD) is a group of chronic inflammatory disorders that affect the digestive tract, including the small intestine and colon. The two main types of IBD are Crohn's disease and ulcerative colitis. IBD causes inflammation and ulceration of the intestinal lining, leading to symptoms such as abdominal pain, diarrhea, weight loss, and rectal bleeding. The exact cause of IBD is unknown, but it is believed to be related to a combination of genetic, environmental, and immune system factors. IBD is usually treated with medication, dietary changes, and in severe cases, surgery.