CRISPR-Cas9 is a sort of genetic “scissors” used to cut targeted parts of the DNA to replace them with other sequences. 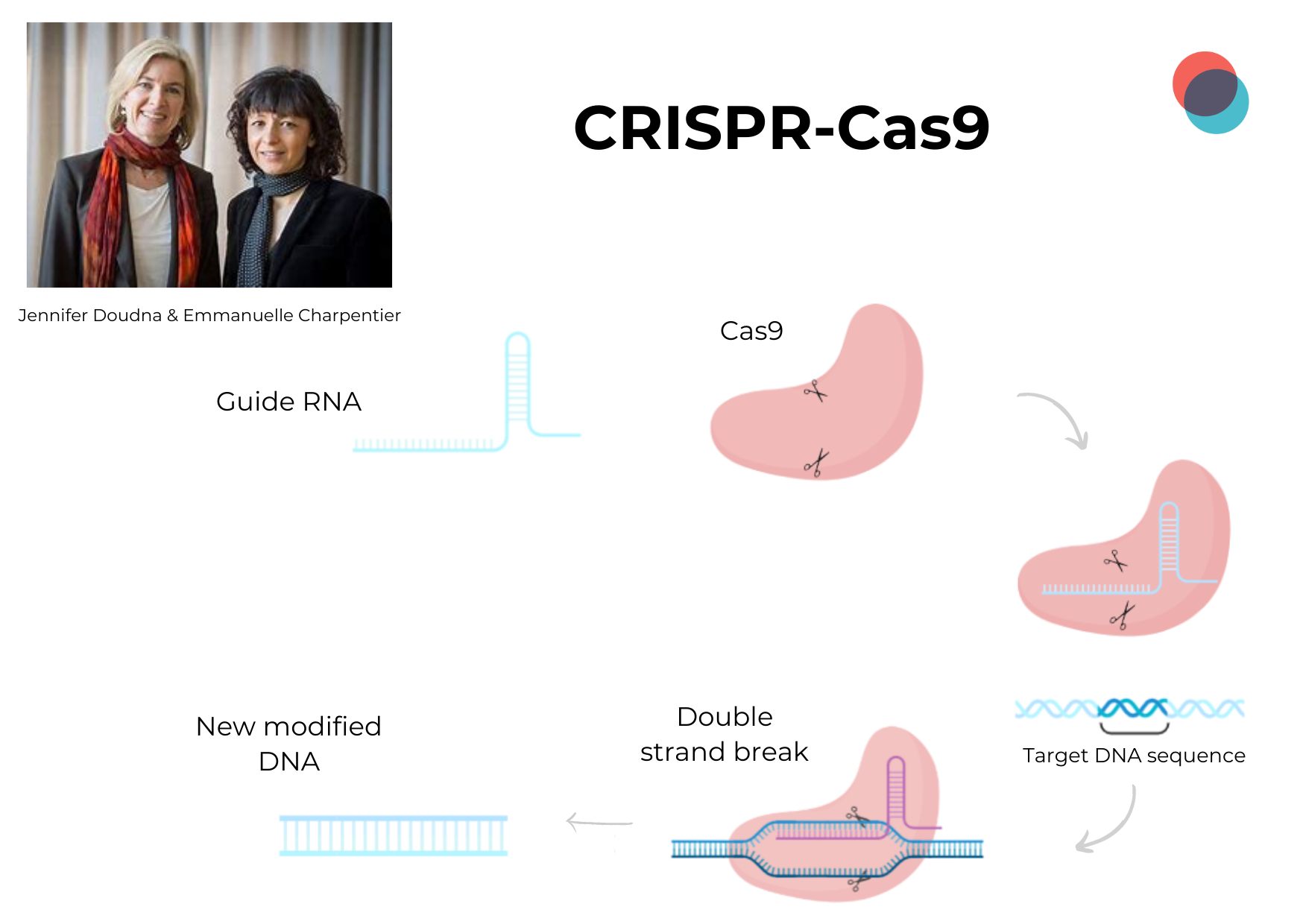 CRISPR-Cas9 is made of two parts: an RNA strand with the complementary sequence as the targeted part of the DNA and a nuclease enzyme (Cas9). When used, the RNA strand will recognize the specific DNA sequence and attach itself to it. Cas9 will then cut the DNA, therefore leaving a gap that can be filled by a new DNA strand modified by scientists or given by a donor. The DNA can also repair itself by DNA repair mechanism.

Filling the gap created by Cas9 is the biggest challenge in the whole process, but still, CRISPR-Cas9 (and newer variants) is the best genetic tool to edit genomes, as it the most precise and the fastest way to generate mutants.

Another challenge comes from the Cas9 enzyme itself. It is a big enzyme, which makes it hard for it to reach the target DNA sequence. Scientists are searching for other smaller Cas enzymes to solve this issue.

The discovery of CRISPR-Cas9 opened close to infinite possibilities in the biotech community. Some are eager to use this technique, but some others have doubt concerning the unethical uses of CRISPR on humans. Now, the process is mostly used for research in labs, on in vivo models such as rats, zebrafish, or mice. As it is the most powerful tool used in lab to edit genes, a lot of regulations are implemented to limit unethical practices.