As you may have heard, François Gros, co-discoverer of messenger RNA, died on the 18th of February 2022. He was a specialist in molecular biology and contributed to the discovery of mRNA. He opened the path to develop a COVID-19 vaccine.

RNA, or ribonucleic acid, has been studied for a few decades by scientists. A molecule close to DNA, RNA is a partial copy of the genome. There are multiple types of RNA, each with their specifications, but the one that is going to be explained here is messenger RNA or mRNA. This molecule transmits genetic information from the inside of the cell core to the outside to synthesize proteins. 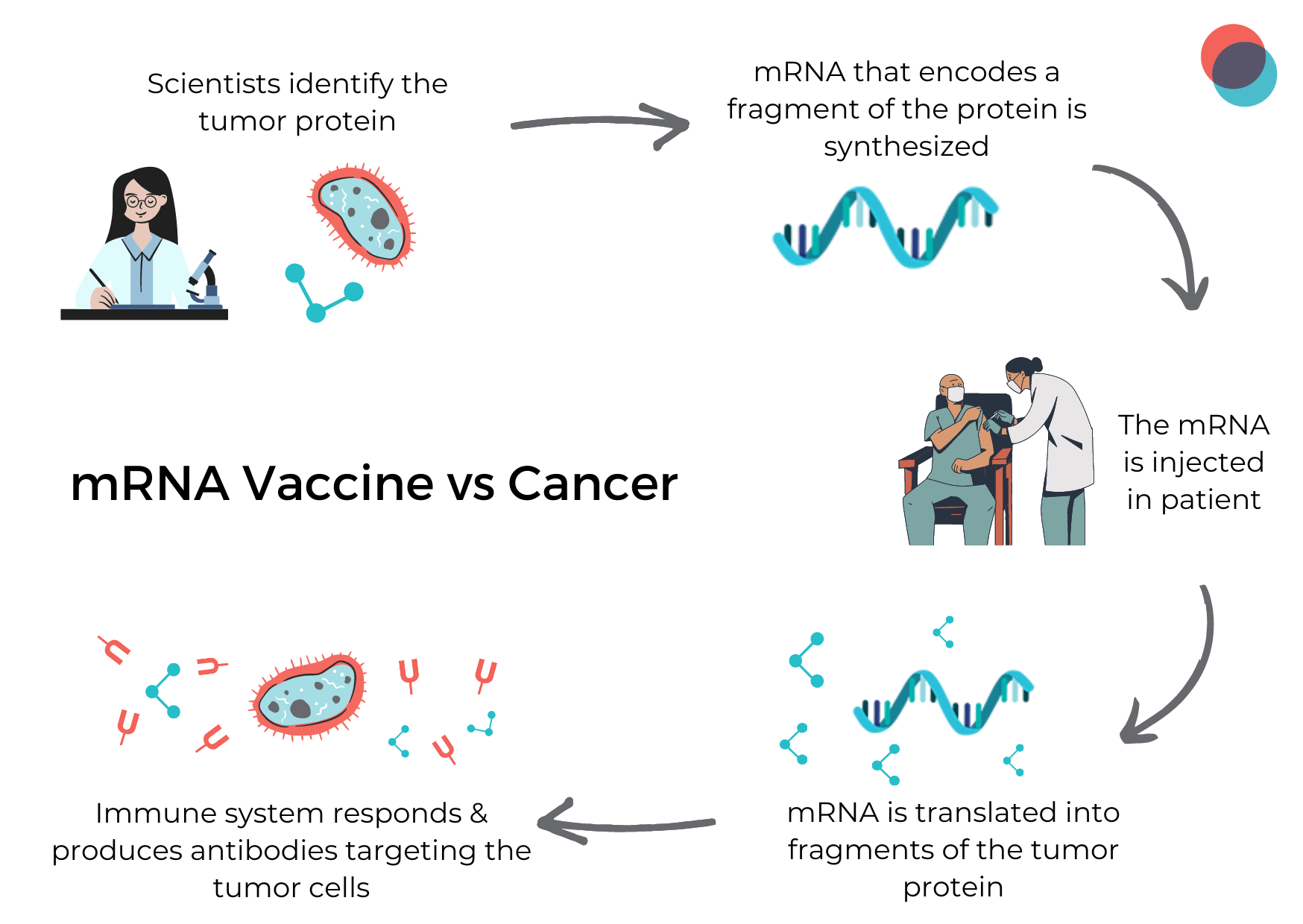 Before the crisis mRNA was already used in pharma, but it is because of the current health crisis that the first mRNA vaccines appeared on the market to fight against the Coronavirus. But since then, there has been several other mRNA vaccines in trial to cure infectious diseases. In this post, we are going to see how scientists have been working on using mRNA for vaccines against cancers.

How does mRNA vaccines fight against cancers?

mRNA is great because it encodes for almost any protein with flexible production process. Much like T-cell therapy, mRNA indicates to the patient cells to produce proteins associated to specific mutations of the tumour. When injected, the mRNA molecule will create a fragment of this protein and in response, the patient immune system will react by killing the proteins from the vaccine but also the proteins already in the body, thus affecting the cancer. Unlike a vaccine against an infectious disease, the mRNA vaccine is use after the patient is ill.

What else about mRNA?

This type of vaccine doesn’t have that prevention aspect but is used as a therapy. mRNA therapies can also be applied to correct a protein expression. mRNA medicines can be used to go inside cells to direct protein production, which opens the way for new therapies to treat or prevent diseases.

The challenge is to target the right protein to be efficient. Each cancer being complex and unique, it is time consuming to produce specific vaccines for each patient. But the advantage of mRNA molecules is that they are flexible regarding which protein they target.

To conclude, mRNA vaccines are now widely used but new mRNA vaccines to treat cancer are still being research to offer the best chance of success in the future.