Computer analyses of study results are often required to verify the distribution of the data obtained. These statistical analyses help to ensure the probability of the data.

Bioinformatics and biostatistics services make it possible to extract the maximum amount of information from data, images, and studies carried out within the framework of a research project, a preclinical project, or a clinical project.

Labtoo developed a tailor-made service to support Labs, Biotechs, Medtech, and Pharma companies in their procurement of samples.

Labtoo can be mandated in a fully customized mission to set up any type of bioinformatics and biostatistics studies.

Select your Bioinformatics service for genomics, proteomics, and imaging

Analysis of results from biological studies, such as sequencing or proteomics experiments, is a key step in the research process. Data analyzed by bioinformatics can be used for image modeling or to generate a statistical or comparative report. 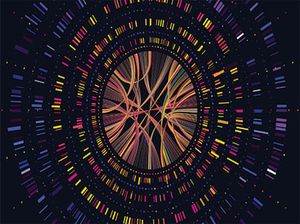 In silico models applied to organisms

In silico prediction of toxicity

The analysis of data from studies often requires statistical tests to verify the statistical significance of the results obtained. The analysis can be done on qualitative or quantitative data, using as many variables as the study requires. 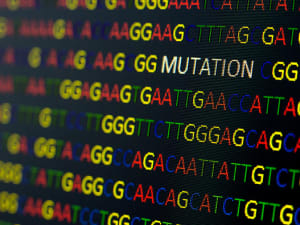 Understanding, analyzing and comparing sequences are part of the fundamentals of biology and require the development of computer tools.

The development of sequencing technologies in recent years (NGS technologies for example) has led to the production of a large mass of information. The different fields of action of bioinformatics at the service of genomics are as follows:

Sequencing techniques produce short sequences, which must then be assembled. The shotgun sequencing technique, for example, generates fragments of 35 to 900 nucleotides, which must then be assembled. Sequence alignment for a known genome, such as the human genome, requires significant computing resources, although advances in computer science are making it possible to move faster. The presence of "gaps" in the genome is common and requires more focused work in a second step.

In the case of unknown genomes (de novo sequencing), the alignment may be more complex, and it is possible that some regions are only very difficult to sequence.

Annotation is the process of labeling the specificities of a DNA sequence: introns and exons (coding sequences), regulatory sequences, methylation profiles, etc.

Sequence analysis can reveal links between species, which is defined by the term evolutionary biology. The phenomena studied are typically gene duplications, horizontal transfers, and large-scale comparisons of genomes, which makes it possible to consolidate or compare the taxonomic or physiological methods used so far for the classification of species.

Bioinformatics tools will enable the construction of model populations to predict the evolution of the system over the long term.

The differences observed, from point mutations in a nucleotide to changes in chromosomal segments such as duplications, transfers, inversions etc., allow the complexity of evolution to be understood.

In the case of certain diseases such as cancers, the genomes of the affected cells are very widely modified: rearrangements, point mutations, etc.

For more information on the tools available, the Open Bioinformatics Foundation lists tools such as Biopython, BioJS or Bioperl.

Artificial Intelligence at the service of Bioinformatics

Developments in artificial intelligence in recent years, including machine learning and deep learning, have been applied in the field of bioinformatics, particularly in the prediction of protein structure.

A protein is a sequence of amino acids structured as follows:

With the rise of AI, bioinformatics tools allow us to go much further in the study and prediction of protein structures.

AI tools will analyze primary protein sequences and extract essential information (typically essential for their structure, or highly conserved). This will lead to the prediction of pseudo-proteins, which serve as a reference for the classification of unknown proteins in superfamilies.

One of the powerful machine learning tools invented in 2014 is the Generative Adversarial Network (GAN). This tool is used to generate data that would be similar to the original data. This is particularly relevant for generating models of tertiary protein structures, which would be "similar" or consistent with reference models. One paper used GANs to generate structures, which are checked for consistency or incoherence and fed back into the generator. This makes it possible to propose robust structure solutions, especially in cases where part of a protein's structure is missing or corrupted.

IA studies can also be applied to modeling antibody-antigen interaction domains, in order to minimize developmental steps in animals or by phage display.

Many researchers or physicians may conduct bioinformatics and biostatistics studies on an ad hoc basis or over the duration of research or clinical projects.

There are firms specializing in clinical studies that offer biostatistical and bioinformatics analysis.
The companies conducting the clinical trials (contract research organization CROs) generally have the internal capacity to process the data collected in order to compile regulatory dossiers.

The Importance of Big Data in Health

During the course of a clinical trial, different types of data are collected, transformed into analyzable data sets to answer specific research questions, and used to generate various publications and reports for different audiences. Biostatistics are used to collect, analyze and interpret the results.
They will be assisted by a biostatistician in the following steps:

Real-world data (RWD) is data from healthy and treated patients from a variety of sources, typically generated directly from the patient.

The processing of this data will generate "real-world evidence" (RWE), useful for the following areas:

The possible applications of these data are economically and socially critical; this requires competent and specialized tools and statisticians.