Bioprocess refers to the production of biological molecules such as proteins, antibodies, membranes, or other glycolipids. The point in producing polyclonal antibodies, recombinant proteins, or any other macromolecules comes from their great complexity of composition and structure, requiring living systems to produce them; but also, from the possibility to produce recombinant proteins without limited natural resources.

The production is done in bioreactors, of different sizes according to the desired product, in a controlled manner (quality and quantity), and typically involves purification steps.

The major advantage of biomanufacturing is the ability to produce large quantities of complex molecules. However, because of the complexity of macromolecules, it might be difficult to identify the right service laboratories for bioproduction and associated bioprocess

This is why Labtoo developed a tailor-made service to support Labs, Biotechs, Medtech, and Pharma companies in their research program outsourcing.

The production of antibodies takes place in several stages. An initial production stage, i.e. the synthesis of monoclonal or polyclonal antibodies, in cell culture or in animals, followed by one or more stages of production optimization, affinity maturation, coupling and humanization, depending on the end use of the antibody.

Production in ascites or cell culture

Select your Downstream processing (DSP) and Purification of biomolecules
Service

Downstream processing (DSP) refers to the recovery and purification of biosynthetic products from sources such as animal or plant tissue or recombinant expression of molecules by biological systems. DSP also includes recycling of recoverable components and appropriate treatment of by-products. 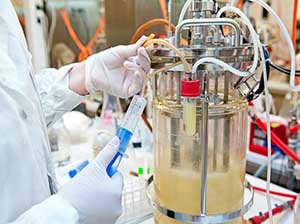 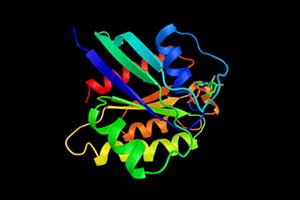 All organic production processes are subject to high-quality standards. This means that the finished products must be purified and suitable for use as medicines. A particularly important parameter to be checked is the absence of host cell proteins (HCP) at the different stages of production, which can be addressed by the use or development of ELISA kits. 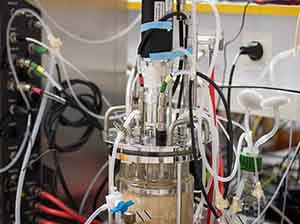 Upstream processing refers to the elements involved in the first stage of biomolecule production. Thus, different techniques such as biocatalysis or fermentation are often involved. Specific methodologies for the production of exosomes or lipopolysaccharides, for example, require special know-how. 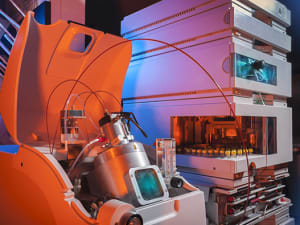 In silico modeling of upstream process

Do you need more information regarding techniques and services in Bioprocess?

Antibody production expertise and techniques have grown for the creation of tools for biological research and clinical diagnostics. Methods that use antibodies include ELISA, flow cytometry, immunohistochemistry, immunoprecipitation and Western Blot. Antibody development is typically achieved by injecting antigen into a small animal (immunization step) or by using phage display methods. The challenges associated with the development of antibodies are typically their specificity, initial quantity produced, and future production required.

A rapidly growing area of antibody development is that of therapeutic monoclonal antibodies, i.e. used in the treatment of diseases. In 2017, 61 mAbs and 11 Fc-Fusions were in clinical trials. These new drugs hold the promise of treating multiple classes of diseases, particularly cancer and chronic inflammation. This class of antibodies faces multiple challenges specific to biomedicines and drug development.

The antibodies initially produced in an animal must be humanized to reduce the immune responses specific to the presence of exogenous constant domains, resulting in recombinant chimeric antibodies. The reference humanization technique is CDR-grafting. Significantly reducing the toxicity of the therapeutic mAbs, a humanitarian response is still observed in about 9% of patients.

Although therapeutic antibodies are successful against diseases with more severe or no treatment, they are subject to internal resistance mechanisms. This results in a loss of attachment to the surface of the target cells, a process called "modulation". To overcome this, constant domain Fc engineering is implemented, resulting in targeted mutations.

The production of mAbs is done by expression via immortalized hybridomas. However, the low production yields of these cell lines and the genetic modifications that can be introduced have led to the development of new production models. These methods include the use of mouse ascites (with regulatory limitations in terms of application), and recombinant expression through high production efficiency lines.

The different types of providers

Bioproduction, since it concerns a vast field of competences, can call upon different types of service providers:

Academic platforms are very regularly solicited by research laboratories for the production in small and medium volumes of recombinant proteins and enzymes.

Many service companies produce antibodies for research or clinical diagnostic purposes. They have the capacity to produce small and medium scale batches.

Specialized companies offer antibody engineering services, particularly for the development of therapeutic antibodies, or the production of more atypical biomolecules, such as lipopolysaccharides or exosomes.

For the large-scale production required when a molecule enters the clinical phase, only a few structures can follow the project. These companies, called Contract Development and Manufacturing Organizations (CDMOs), may themselves be specialized in certain productions of biotechnological molecules or solutions.